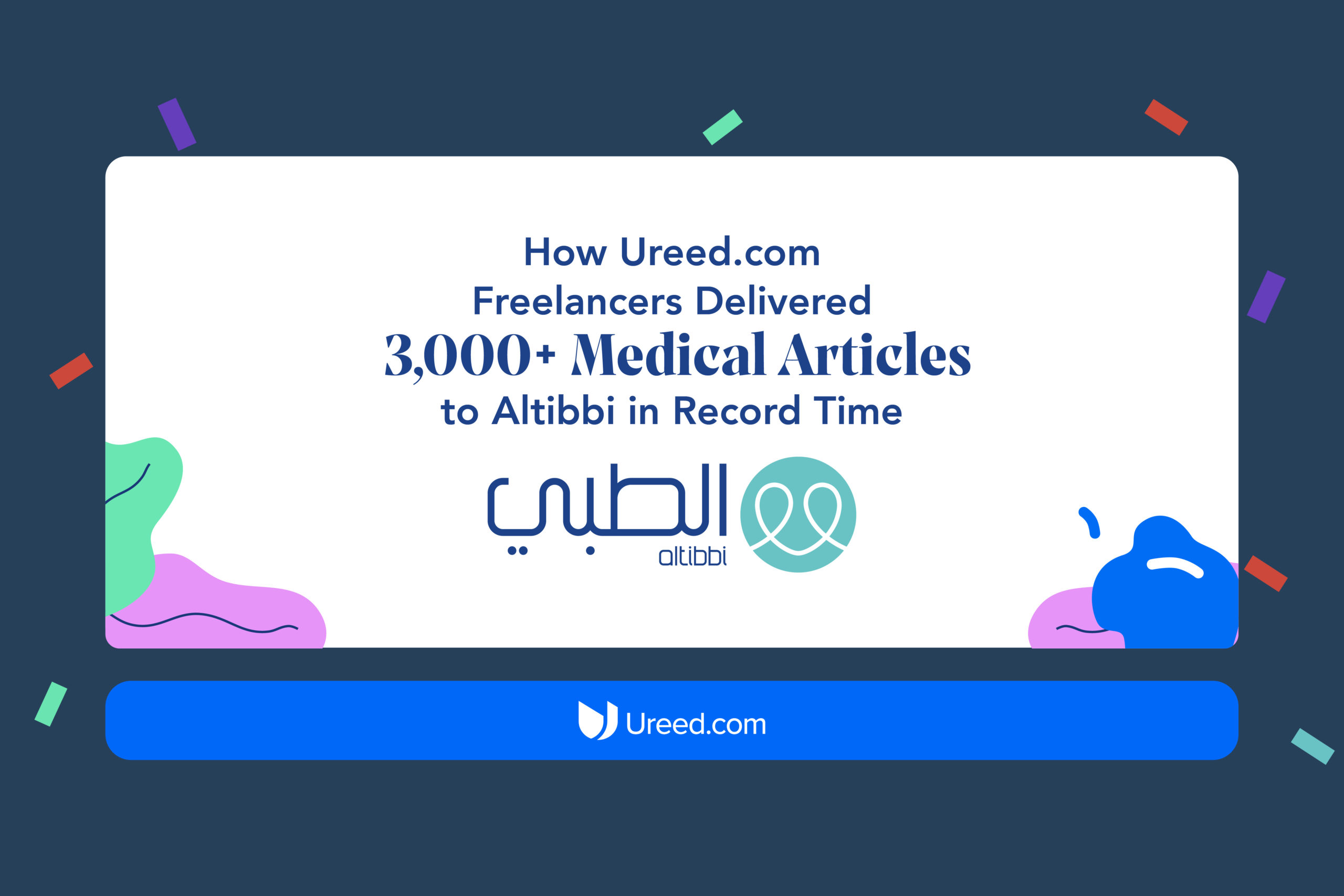 Ureed.com was tasked to deliver a rich library of medical articles to Altibbi in 6 months. Here’s how the Ureed.com team streamlined the transaction processes and delivered in record time.

Altibbi is a digital health platform that provides round-the-clock healthcare advice, tools and services. The platform’s blog houses an extensive range of articles covering a variety of medical and healthcare topics written by professional doctors, pharmacologists, nutritionists, and nurses. The client requested medical articles in 10+ specializations, including but not limited to tumours and benign tumours, eye illness, diabetes, cardiovascular diseases and skin diseases. The blogs all needed to be written and edited by specialized medical writers in Arabic, with the objective of increasing their online Arabic content exponentially.

The one-year timeline coupled with the heavy process of handling thousands of articles in a short period of time posed a challenge, both in terms of workload and team coordination. To submit the requested number of articles on time, there was a need for around 60 writers to produce 150-200 articles per week. The workload was thus extremely heavy on the freelancers and Ureed.com’s operation manager. The pipeline through which the content underwent before getting Altibbi’s approval was also complicated, given that articles were first written, then edited and amended according to Altibbi’s comments and feedback, then finally approved on both ends through offline communication. There were consistent delays and payment transactions took longer than usual due to the heavy nature of the request. A new process that ensures a smoother communication flow between the writers and Altibbi thus had to be secured.

Another challenge was getting a professional medical team of doctors, pharmacists, nurses, etc., who would be interested in medical writing for an online platform and who would find the rates that Ureed.com offers for writers attractive. This was hard to secure with many doctors and pharmacists charging higher rates for their medical writing.

Seeing that utilizing simple tools such as Excel sheets and offline communication to handle the process was inefficient; Ureed.com’s operation manager proposed a solution that would embed the process of handling projects within the platform’s system. That solution came in the form of a newly launched Enterprise feature, through which the Ureed.com team was able to resolve all of the systemic issues they had been facing. The new streamlined process allowed the employer, Altibbi in this case, to start a new project, track its progress, leave comments, communicate with the writers and finally to make payments. No offline communication would thus be needed and the line of communication between the writers and Altibbi’s team would become shorter and smoother.

Moreover, the team researched to locate writers with medical backgrounds who would find Ureed.com’s rates suitable and attractive, and would thus be encouraged to take part in the project. The solution they came up with was to approach fresh graduates of, or students currently enrolled in, medical or pharmacy schools. With little practicing experience in the medical field, this profile of medical writers would be eager to participate in a project that would secure them more visibility in the market and enhance their profile for future employment opportunities. They were able to implement this plan by approaching universities or directly approaching the candidates through their LinkedIn profiles.

A rich library of credible content delivered in 6 months

Throughout the 6-month period over which this partnership lasted, Altibbi was able to collect over 2371 articles for their blog thanks to Ureed.com’s Enterprise feature and creative talent sourcing methods, with an additional 1000 articles already provided offline. Altibbi gained a plethora of specialized scientific and medical content in Arabic on their website, delivered by reliable sources and in record time.

For Ureed.com, this partnership boosted our reputation in the market as a professional marketplace able to provide expert translators and content writers. It also elevated Ureed.com’s status in the scientific and medical field, as well as ushered in the launch of Ureed Enterprise: a packaged solution to all of the potential miscommunications and conflicts that could have arose from such a project. Moreover, the partnership provided many job opportunities to a large number of translators and writers by connecting them with a leading company in the industry – thus achieving the ultimate goal of the platform, which is providing opportunities to freelancers in the GCC region and beyond.

If you want to collaborate with expert freelancers, reach out to Ureed.com – the largest online freelance marketplace in the GCC, with a vast network of 35K vetted freelancers from 150+ industries. 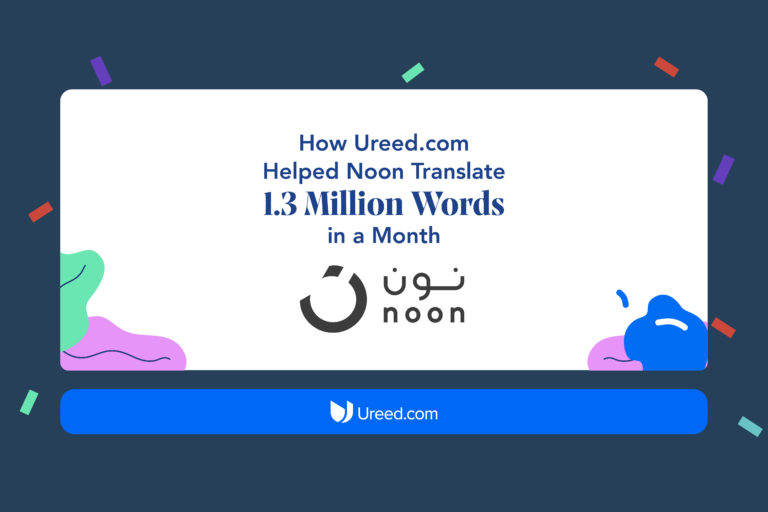 How Ureed.com Helped Noon Translate 1.3M Words in a Month