What is The Great Resignation, and How Can Employers Deal with it? 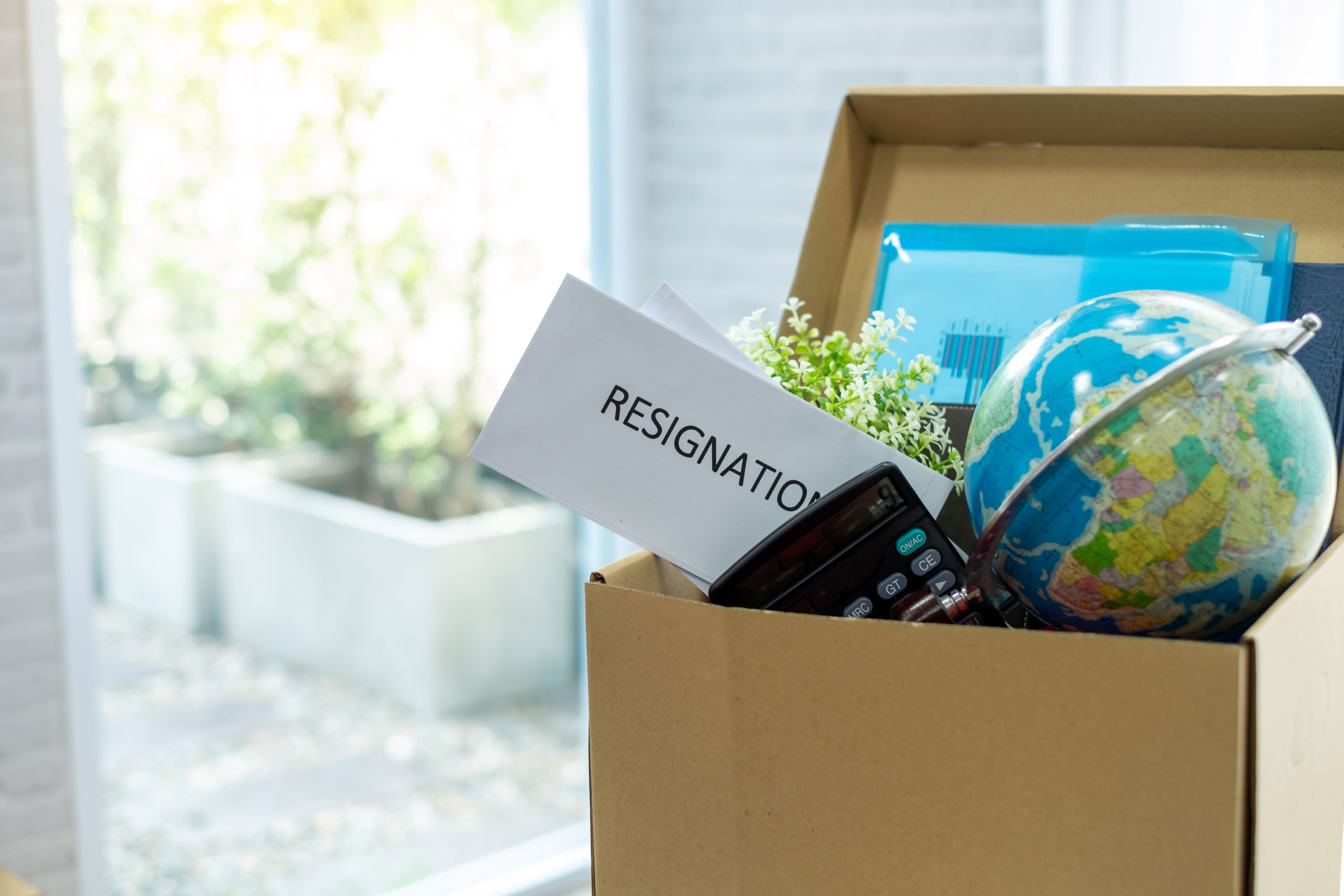 One of the unprecedented impacts of the pandemic has been the mass exit by employees from their regular jobs to pursue new career goals or better work environments. Dubbed “The Great Resignation”, this wave has swept over many industries in various nations across the globe.

What is The Great Resignation, and How Can Employers Deal with it?

One of the unprecedented impacts of the pandemic has been the mass exit by employees from their regular jobs to pursue new career goals or better work environments. Dubbed “The Great Resignation”, this wave has swept over many industries in various nations across the globe. The US Department of Labor, for instance, reports that as many as 4 million employees have quit their jobs just this spring- the biggest exit ever recorded in the country.

A survey by Microsoft conducted on 30,000 employees revealed that 41% of the respondents were thinking about quitting their job or exploring new career paths. A similar study, done by Personio showed that 38% were planning their move in the next six months to a year.

According to experts, the pandemic has shown employees that the conventional (read rigid) work system enforced in many company work cultures has been oppressive, seeing that a majority of business remained open even with employees working remotely with less strict schedules. So as the pandemic subsides, more people get vaccinated, and businesses resume in-person work, those that seek to revert back to previous work conditions may find themselves facing a mass exit. Anthony Klotz, credited with coining the phrase, believes that “how we spent our time before the pandemic may not be how we would like to spend it after.”

Experts have pinpointed the genesis of the mass resignation to the pandemic. But what happened to trigger it?

While the reasons to quit or change careers are highly subjective, several general hypotheses have been formulated to explain the phenomenon.

First is a shift in priorities. This article on LinkedIn that tries to unpack the mass exit explains that, “The pandemic gave workers extra time to think about their careers and to explore entrepreneurship and save more money- leading many to realize their current job was not fulfilling.”

Plenty of workers realized that they were getting the short end of the stick from their employers in terms of pay and working conditions. Others had conflicting interests such as care giving, that led them to reconsider their choices.

Another reason as explained by this job search strategist, is changed expectations by employees to their employers. According to him, “Employees are looking for better paying company compensation. They’re looking for better corporate culture. They are more used to remote work and flexible work.”

As we asserted at the beginning of this blog, the introduction of remote work by companies in response to the pandemic has exposed employees to a newer, less restrictive way to work and they are hesitant to return to the status quo.

Remote work was received positively by employees across the board, with acceptance rates as high as 90%. Most surveys conducted last year showed that employees were leaning more to permanent remote work. Studies showed that working from home has positive impacts on employees including improved work life balance, high productivity and more control over their responsibilities.

These factors coupled with many other personal reasons have led to employees leaving their jobs prematurely. Without a doubt, this shift will cause a gap in the job market, which will leave many businesses vulnerable. So what can employers do in response to this great resignation? Is there a way around it?

In the next part of this blog we explore two actionable solutions that can help employers weather the storm.

Freelancers have been enjoying an influx of work as a result of the pandemic. If you had to thin your staff to reduce your operational costs as a result of Covid-19, you’ve most likely had an experience with freelancers already. But did you know that you can hire freelancers to handle core functions as well, not just for one-time duties?

In preparation for the great migration, you should consider bringing on more freelancers so you won’t have a difficult time if your employees decide to quit. In fact, bringing on freelancers now puts you ahead of the curve as it is estimated that by 2027, over 50% of hires will be on a freelance basis. So to avoid the panicked transition, it is wise to start opening up your doors to different employee recruitment methods.

Some employees reported to have left their posts because of how their employers treated them during the pandemic. Companies that were more compassionate managed to hold on to their employees as opposed to those that double-down on their poor company culture, according to this Stanford study. So the employees that had been considering quitting pre-pandemic were pushed to their breaking points by the worsened working environments.

The Society for Human Resource Management carried out a study to investigate the reasons employees were considering leaving their jobs. 36% reported that they wanted better compensation and benefits, 25% wanted a better work-life balance, 16% cited a lack of recognition and another 8% wanted a better corporate culture. All these reasons tie directly to the atmosphere at the workplace, which isn’t really rocket science; if you want your employees to stay, treat them fairly.

However, it is not always that straightforward keeping employees satisfied. With your profits taking a hit during the pandemic, you may have had to reduce your employees’ pay or let them go in a bid to reduce running costs. To prevent this in the future, you should consider hiring freelancers, as we have previously suggested, since they are less expensive to hire. We wrote this detailed article last year comparing the costs of hiring permanent employees against freelancers. Read it here.

The great resignation is here with us, and will affect how employers approach their recruitment, onboarding and employee retention strategies. Although there are different reasons why employees may quit, most of them are looking for better pay, less strict work environments and some are becoming independent contractors.

One of the tried-and-tested solutions to a downturn in employee recruitment is the use of freelancers. Since the world is going freelance already, adopting them into your work program is not complicated since there are vast resources available to guide you in your journey.

For all your on-demand hires, look to Ureed.com, a reputable platform that connects employers with world class talent all over the world.