Timely Lessons On How To Speak By MIT Professor Patrick Winston 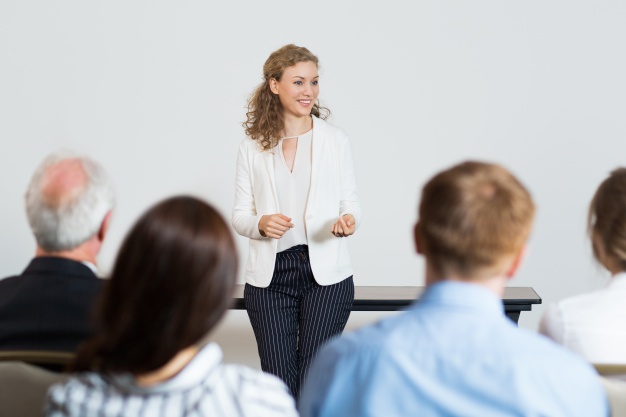 These timely lessons from one of the most well-accomplished public speakers of the 20th century will make you a master orator in no time!

“How to Speak” is a live talk held annually at MIT (Massachusetts Institute of Technology) by the late Patrick Henry Winston, an Artificial Intelligence specialist, Computer Scientist and Professor at MIT.

This talk, held every January of every year, is a tradition that kept going for over 40 years, attracting over-flooding crowds from every corner of the country to get an understanding of the art of public speaking. While in essence speaking may seem like an innate skill, more often than not it is perceived as an art as they say that must be mastered.

In his work that mainly focused on creating machines with the same thought patterns of humans, Professor Winston researched the human storytelling ability in order to be able to teach computers how to read, understand, assimilate, and retell persuasively a wide variety of stories from an array of authors in several fields.

His method for how to give an effective speech was thus honed from data aggregated through a decade old praxis in communication approaches that incorporate Neuroscience, Linguistics, Paleoanthropology, Cognitive Science and Computer Science.

The professor’s lecture “How To Speak” has been -and continues to be- useful to thousands of young graduates, professionals and entrepreneurs who espoused his oratory skills as well as his exceedingly efficient teaching methodology.

His lecture, broken down into several sessions, starts off by teaching the fundamentals of how to start a speech then walks the audience through whether or not to incorporate props and slides, how to punctuate a speech in order to keep an audience attentive among other gems in this evergreen speech tutorial. Winston also tackles common fears, questions and mistakes people make in his timeless speech tutorial.

Here are seven of the most useful speaking lessons garnered from Patrick Henry Winston:

1. Your introduction will make you or break you: Winston warns public speakers against beginning their speech with a joke. This is because your audience may not be settled when you first start speaking and therefore a joke will not be the best attention-grabber you need to get them seated. Instead, he recommends telling an appropriate story or analogy and then using this opportunity to make a promise to your audience about the benefits your speech holds for them. Use the introduction to also outline the key points of your speech.

The first lines of Patrick Winston’s tutorial are: “The uniform code of military justice…”. A line like this is indeed an attention-grabber for making the audience turn heads and truly wonder what the military has got to do with Winston’s speech on “How To Speak”.

2. Storytelling and the art of analogy: Winston stresses the importance of analogy when making a speech. He himself incorporates this method, using the analogy of soldiers going off to war without having the necessary weapons. He compares these to students whose schools have sent them out into the professional world without teaching them how to express themselves effectively. Both will lose the battle.‍

3. Rhetorical devices are imperative: While he never explicitly stresses the ultimate need for rhetorical devices, Professor Winston masterfully uses persuasive techniques to hammer on this point. For example, the use of anadiplosis, that is the repetition of a clause in a sentence for emphasis, is very manifest in this snippet from his talk: “Your careers will be determined largely by how well you speak, by how well you write, and by the quality of your ideas… in that order”. Tools like anadiplosis convey emphasis and are instant attention-grabbers. ‍

4. Hone and develop your personal style: Winston points out to the audience his primary personal style elements when giving any speech, which are: cycle or repetition of the main points, verbal punctuation, near miss and rhetorical questions.

To find your personal style, he emphasizes resorting to tools of persuasion or rhetorical devices that appeal to you and developing these over time. This will help you come up with a unique speech structure and develop a unique rhythm when speaking in public.

5. A blackboard is more powerful than PowerPoint slides: YES, WHAT YOU JUST READ IS TRUE.

Winston insists that a blackboard, a Flipchart or even a whiteboard, basically any support on which you can write down notes in real time, is much better than presenting your content via electronic tools. This is because it allows the speaker to pace their delivery of words and ideas. The writing action also creates a delay, which allows your audience to read slowly, catch up with your pace and absorb the information as it is being presented.

Not just that, but the process of writing down notes in real life as you pronounce them in your speech activates mirror neurons in the brains of listeners that leave them with a more powerful memory of the content than if they were simply reading this same content from slides.

Winston also adds that projecting electronic slides only serves to alienate your audience as they  lose eye contact with you whenever you point towards your slides and give them your back every so often.

6. Don’t thank your audience, salute them: While it may be a matter of controversy among renowned public speakers, Winston’s view is that thanking your audience at the end of a speech may convey a lack of confidence that the material presented has been useful to your listeners. He  advises that public speakers salute their audiences instead. ‍

7. Skillful handling of Q&A sessions: Winston recommends to show up for any speech with the first question already prepared with a clear answer to it as well. As a public speaker, be clever enough to raise this question yourself at the beginning of the Q&A session, repeat it so the audience can absorb it, then answer it in a conversational manner. Doing so sets the tone for incoming questions from your audience and allows you to stay in control of the session.

To sum up, here are a few things to keep in mind:

When starting a speech:

The big 4 rules of persuasive public speaking are:

The thought of speaking in public may have you quaking in your boots, but these timely lessons from one of the most well-accomplished public speakers of the 20th century can make you a master orator in no time!

Did you enjoy reading this blog?