Plunge into a unique mind-blowing experience 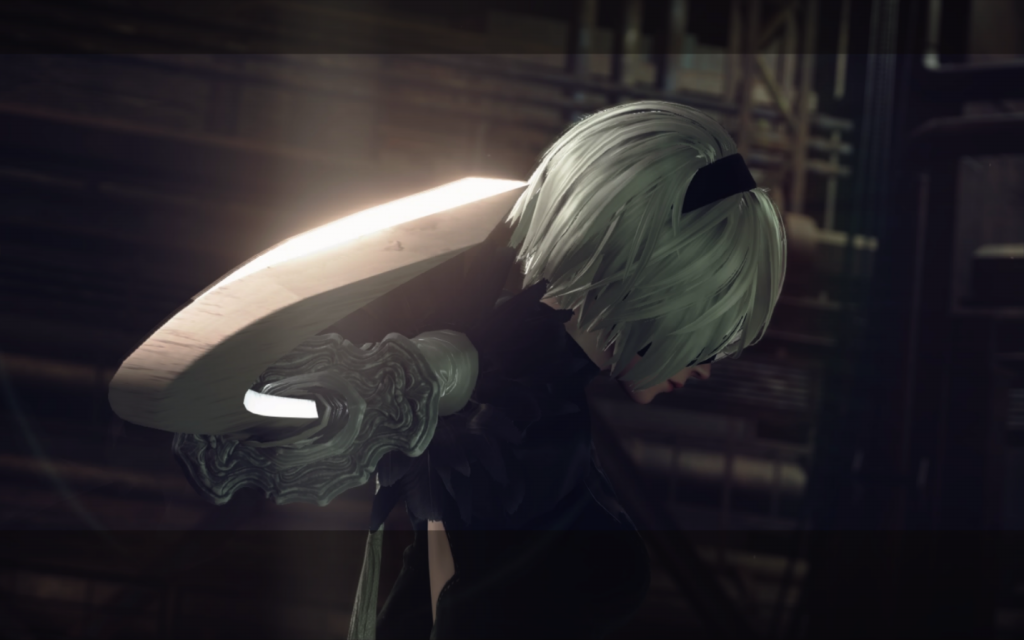 It’s great fun to hack and slash machines; the bigger they are, the more fun it is

In the video game, developed by PlatinumGames and published by Square Enix for the PS4 and PC, aliens in the very far future have already invaded earth and sent machine lifeforms that took over the planet and drove humans to escape to the moon.

The epic adventure is worth checking out for many reasons, let us take a look at some of them: 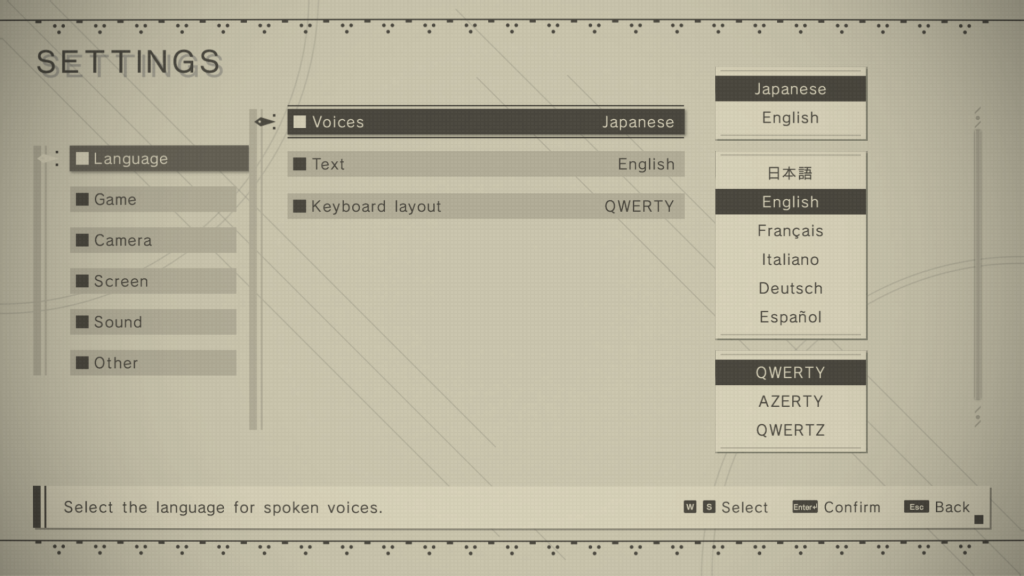 The best combination is Japanese Audio with English subtitles

In most RPGs, you have to play main quests and endless side quests to level up, get XP and obtain new abilities like in Assassin’s Creed Origins for example. Yoko Taro’s NieR: Automata is not much different in this regard. However, the settings of the game are the settings of the character you are playing with. The protagonists are androids, created to fight for the cause of humans, and you get to choose the way they see, talk and fight. You can consider it as a form of Augmented Reality from the androids’ point of view (or yours once you are fully immersed).

The way the menus are created makes you feel as if you were the android and that you are conducting maintenance and regular checks to keep yourself up and running smoothly. You can even install chips that serve different purposes (I once removed the Operating System chip to see what happens, and the funniest message appeared on screen, but of course I had to restart from the last checkpoint).

You can customize, upgrade and merge the chips to achieve the best stats and grow stronger, faster and better.

It is the strangest thing to experience the “emotions” (so to speak) of an android in a dystopian setting, where ruins and destruction are everywhere, but it’s also very amazing in its own twisted yet beautiful way. 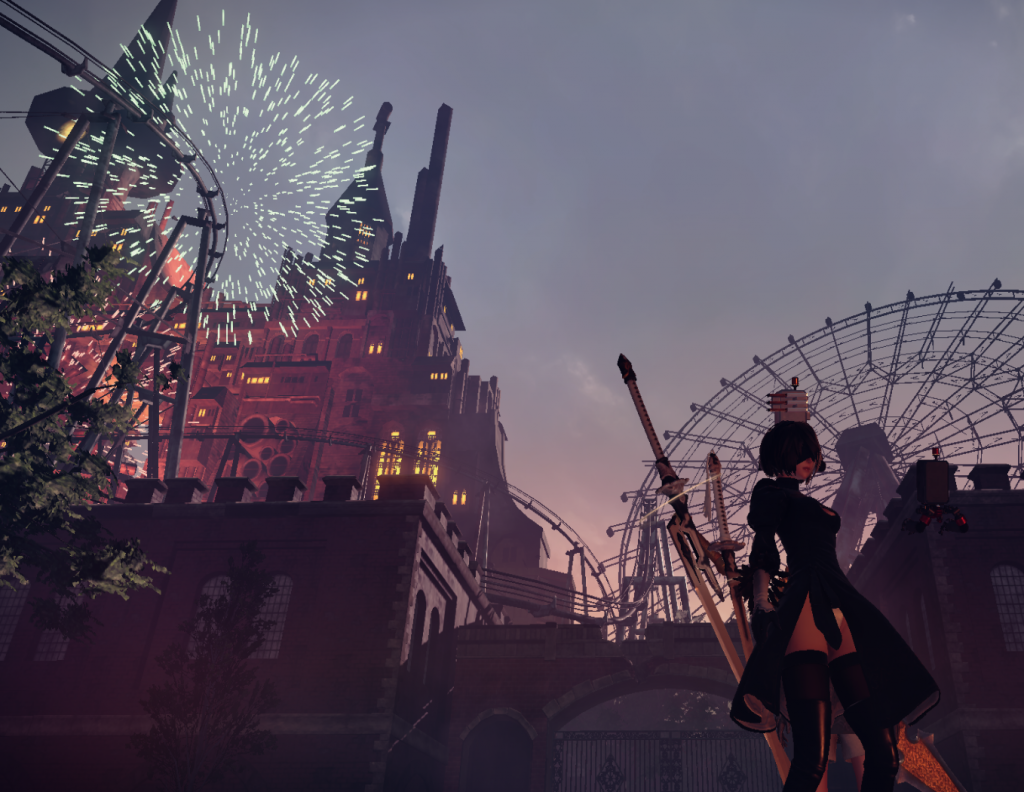 Let’s be honest here. Swords are the most awesome weapons out there. Yes, machineguns and snipers are cool, but to create a game set far into the future where you fight through melee combat with the swords levitating on your back, is a great way to keep gamers glued to their screens, hacking and slashing away as they press rapidly on their joysticks. The androids are accompanied by something called a Pod, and it shoots, well, so many things really, you have to see it for yourself.

There are various smiths across the world map of the game, and of course you need to collect certain items and money (Gald as they call it) in order to upgrade the different types of light and heavy weaponry you will collect throughout the game.

The swords keep levitating on the back of the characters the whole time, who apparently use telekinesis or something to control and wave the swords around at the machines. Equipping new weapons is very easy and simple, and there are shortcuts to change weapon sets while playing without having to pause and to do so from the menu.

Here is one of PlayStation’s official trailers for the game, check it out in Full-HD:

Forget about horses, fight while riding a moose, that’s the fashion in the 50th Century

How many endings are there did you just say? 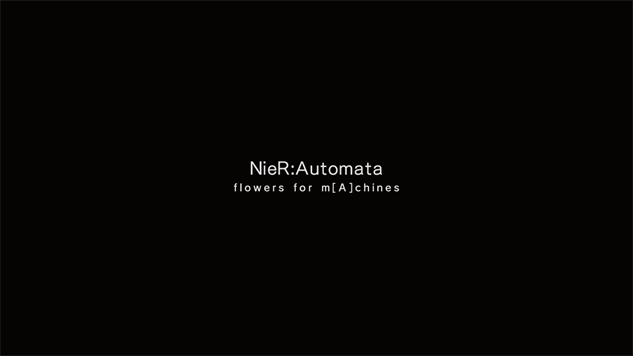 Did you give a flower to your robot servant today?

If you played a lot of RPGs—or some of them—you must have experienced multiple endings at least once in a game. NieR: Automata has five main endings and 21 joke endings, totaling 26! The first three endings appear when you finish the game normally, but the other two main ones need some work to be achieved.

The great part about the first three is that you get to enjoy different gameplay styles—to some extent—and you feel like you are playing different games following the same plotline. There are so many side quests available, you will need lots of time to finish the game quickly, but you should take your time to enjoy every detail of each gameplay and ending. After all, the game was rated 9/10 by GameSpot and 8.9/10 by IGN to name a few.

Play your music for all eternity, I will always listen

We can talk for days about the game, but we would need weeks and perhaps months to talk about and appreciate its music. Yes, it’s that good. Keiichi Okabe, the Japanese video game music composer, imagined several languages merged together in the far future and composed magnificent musical pieces to the extent live concerts were held and those pieces were performed in front of massive audiences. Even though the words do not have actual meaning, they somehow touch a person’s soul and make you want to listen to them over and over again; it is a whole separate experience to relish. 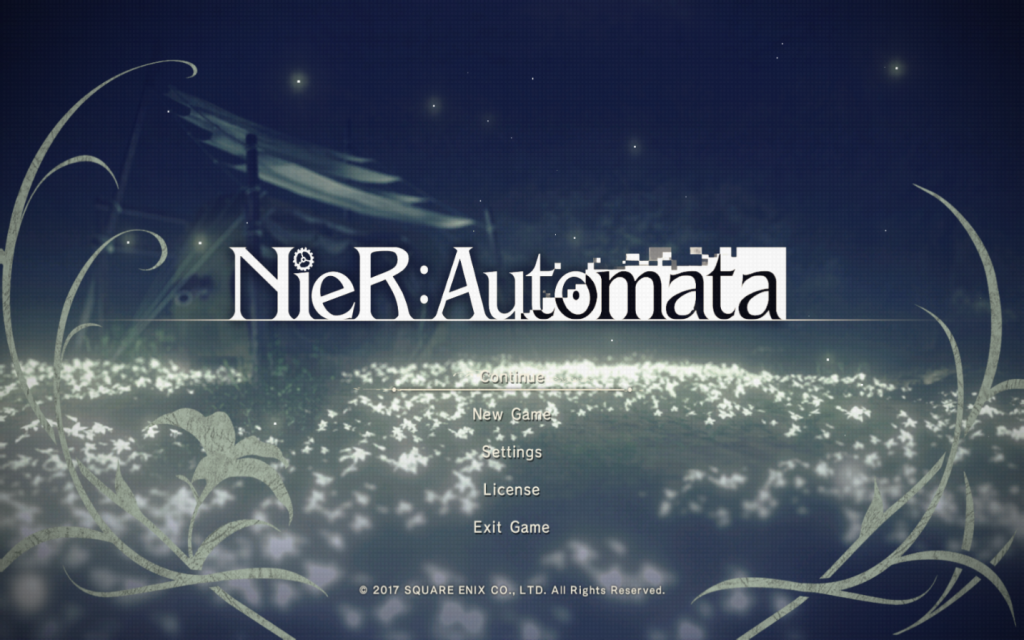 “Maybe if I keep believing, my dreams will come to life… Come to life…”

NieR: Automata is an experience like no other. It allows you to enjoy great graphics, great music and still have time to reflect on every human emotion there is as you go on. The game is available on the PlayStation store and Steam. I’ve already finished it four times and it was worth every cent. Now excuse me, I have to go cast my pod into the sea and catch some fish and if I am lucky, catch beautiful junk.

Bahaa Al Deen Al Nawas Member since June 24, 2018
Bahaa is a published news writer, who worked for almost three years in translation and journalism at the Jordan Times. Bahaa worked many copywriting projects and is now a full-time copywriter. Bahaa likes to write prose and verse, experiment different styles of writing and is passionate about literature, gaming and adventure.
Contributor

Bahaa is a published news writer, who worked for almost three years in translation and journalism at the Jordan Times. Bahaa worked many copywriting projects and is now a full-time copywriter. Bahaa likes to write prose and verse, experiment different styles of writing and is passionate about literature, gaming and adventure.

4 Communication Mistakes Businesses Need to Avoid in Times of Crisis

Minnie Kasyoka May 6, 2020
How can companies achieve their marketing goals without crossing the line or taking advantage of the Coronavirus…

How An Unforgettable Brand Name Can Help You Scale Your Business